Today the Saeima (Latvian Parliament) will view in third, i.e. final reading the proposal for amendment of Law On Institutions of Higher Education. An uproar in society has been caused by the proposal of the Minister of Education and Science Kārlis Šadurskis, which includes a stronger language regulation of study program implementation for all higher education institutions (HEI) including all colleges and private HEIs, as well as a prohibition on implementing study programs in Russian. As of last week, this new proposal has been supported in the Education, Culture and Science Committee of Saeima.

The proposal calls to further implement study programs in official languages of the European Union only when:

Study programs other foreign languages (including Russian) may be implemented only when it is necessary to reach the program’s study results. These could be linguistic or cultural studies, or language programs like Russian philology, and others. Up until now such regulations only concerned state-founded HEIs, but study program languages for colleges and private HEIs has not been regulated by law.

LSA (Student Union of Latvia) finds this proposal a threat to study program development and education competitiveness in the European Higher Education Area, as well as the world. HEIs should be able to independently choose the languages of their study program implementation, if during quality assurance procedures they can prove quality implementation of these programs, however, foreign language use must not endanger the official (Latvian) language or HEIs functionality. Foreign languages also aid internationalisation, allowing students from Latvia and foreign countries to study in joint study programs, promoting foreign student integration, as well as student and academic staff mobility and successful graduate integration in the labour market. Restrictions to study program implementation will negatively affect education export, one of the most topical points of the Latvian Higher Education Area. Furthermore, local students must not be prohibited from taking study courses appropriate to their study program in a foreign language, if the HEI can provide them.

Following the proposal of Minister K. Šadurskis, student admission to study programs that do not follow the new regulation would be ceased starting January 1st, 2019, whilst study program implementation would be ceased at the end of the accreditation term for the study direction which includes the program. Depending on the program, this could happen anytime between year 2020 and 2023. LSA representatives expressed concern that part of the Russian speaking student community from non-EU countries might not be able to continue studies in Latvian or English, losing the possibility of graduating from their study programs and ending up having to leave the country, because their student visas would be annulled. To avoid such situations, study programs implemented in non-EU languages will have to cease implementation until the end of 2022, which will allow this year’s admitted students to graduate in 4 years time. The Committee supported this proposal by LSA.

The amendment also states that for all foreign students whose studies exceed 20 academic credits or are longer than 6 months, taking official language courses will be mandatory. This proposal is positively perceived by the LSA. 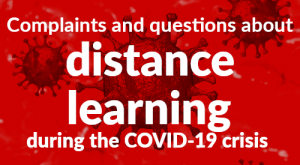